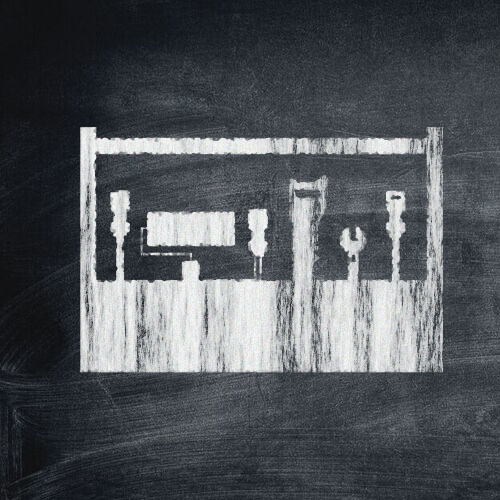 As early as school, I was starting ventures – problem was, they were always too BIG. As a 16-year-old I wrote a detailed business plan for a casino, I projected revenues from tickets and beverages sold. My top billing performer was Madonna – undeterred by the absence of any reality – I would forecast that she would return multiple times and you can imagine the positive effect this had on my imaginary bottom line.

I called it The Art House. I used a free icon that came with our ‘98 iMac as a logo, I would run filter after filter; red, blue, green, yellow, and positioning them on the page like Andy Warhol’s Marilyn Prints, I would print copy after copy on our bubble jet colour printer. Much to the chagrin of my parents who repeatedly found their expensive cartridges depleted and no one in the family – least of all me – would confess to why. Needless to say, on my part time, McDonalds salary the Art House didn’t take flight.

In 2002, I registered the business name – The Newcastle Tea Company. Having researched the international tea market, I learnt that Australia was uniquely positioned geographically and climatically to produce a highly desirable and profitable Camellia Sinensis green tea varietal for the high-end Japanese market. Some companies were already setting up clinical looking facilities, bright white walls, large shiny metal vats, armies of regimented crops that almost appeared to be quarantined. They were fastidious and perfect, presenting themselves for inspection from potential Japanese buyers.

By this stage, I was 20 and knew enough to know that there was no way I could afford the kind of facilities required and I needed to start smaller. So I did, I worked out how much it would cost me to buy bulk organic tea of different varieties and package and distribute them at markets. I bought the tea, and the boxes, I ran the forecast figures and knew I could make 15% on my investment. I got a friend to agree to help me box the tea up and drive it over to the markets.

Then… I did nothing. I allowed myself to be distracted and focused instead on my then boyfriend, my house, my uni study, friends, and the tea just sat there. It made it one journey to another house. Nonconsumable by this stage. But in the back of my mind, I was still going to do something.

In 2007 at 25, I built a site called peoplefood.com.au. Inspired by a University of California student thesis, called Squash & Vine, it was a micro-social network designed to connect the Australian consumer with their food producer. You could log-in with your Facebook credentials, create a profile, meet farmers who serviced the local markets, place orders and view pictures of crops and produce.

I spent every hour I had outside of work completing it and once the site was ready, it had cost me about $500, I pulled together a list of all of the local farmers markets and all the businesses that attended them and proceeded to cold call them all.

Little by little I got interest.

One particularly acerbic-sounding Eastern European gentleman who imported Russian Caviar, called me and said, ‘I like it – how much? How much for a listing?’.

I had no idea. My focus had been on building the thing and getting people there, it hadn’t occurred to me that what I had, people would pay for.

‘Nothing,’ I replied, we just want to help Australians’ eat better by connecting them with their food producers (in this case, importers).

Over the next few days the site was inundated with pictures, videos and posts about sturgeon.

The site stayed up for about 12 months and never really caught on. I had a couple of interviews and spoke at agricultural forums about it but I couldn’t succinctly articulate what it was for, it had too many features and the hero feature, the ability to share content from farmers to consumers, was unable to be used because of the limited CDMA and 3G coverage in regional and rural Australia at the time.

Next cab off the rank was in 2010 when I started a zine, Gastronome. I called it a zine for life-gluttons. Part of the Etsy generation, there were lots of articles about tea towels. Most of our readers where family and friends of people we covered, one very talented and enthusiastic Israeli ceramist and a hyper-litigious North American glassblower. It was great and I had so much fun. But it had very limited commercial appeal and I knew it.

So, in 2013 at 30, I thought I’d get back to the commercial basics. While on maternity leave, I researched and looked for gaps in markets. I found one. I registered findapetsitter.net and set about planning my domination of the pet hotel aggregator world. The only problem was, I didn’t really give a shit about it. So the domain lapsed. This is regrettable, however, because just recently I watched a news report about an ‘Australian First’ UBER for pet hotels. At least, I was right about the opportunity.

So that leads us to now. And the documentation of my latest endeavour. Selfdi.com. Forever chasing BIG. My dream is to have every human in a sustainable home, not just energy, but food and water too, and without sacrificing all the mod cons.

So let’s start Selfdi and track its progress. Over the course of tracking Selfdi, I’d value your feedback and I’ll share the entire journey and implement some of the skills I’ve recently picked up while participating in the Stanford LEAD Certificate.