Books: ‘Elon Musk: Telsa, SpaceX, and the Quest for a Fantastic Future.’ 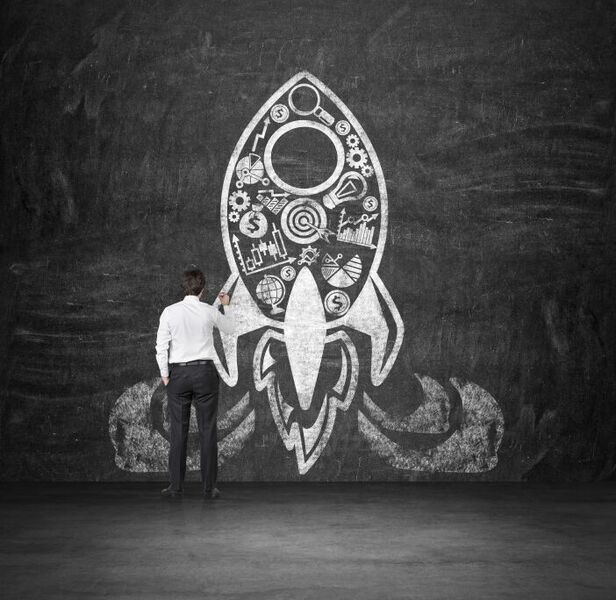 Swiped the page on the final chapter of Ashlee Vance’s ‘Elon Musk: Tesla, SpaceX, and the Quest for a Fantastic Future’ and I am not sure what I think.

While reading, I highlighted passages, going back through them, I’m no closer to having settled on an opinion. Usually opinions settle on me quickly and with force, I say, ‘ hated it,’ ‘loved it’. I am feeling the kind of unease that only comes from perching precariously on a fence. I promise by the end of this post I’ll have formulated a position.

‘Musk is and always has been a man on a quest. And…his brand of quest is far more fantastic and consuming than most of us will ever experience.’ Ashlee Vance.

I grew up glued to Star Trek, Dr Who, Battlestar Galactica, anything that offered a glimpse of our future as a species, any sci-fi enthusiast can easily relate to the ‘Quest’ Vance refers to. “Maybe I read too many comics as a kid,” says Musk, “In the comics it always seems like they are trying to save the world. It seems like one should try to make the world a better place because the inverse makes no sense…The point is to maximise the probable life span of humanity.”

‘I would like to die on Mars,’ said Musk, ‘Ideally just not on impact.’

Few could argue the invalidity of Musk’s Quest. As Larry Page suggests, “I don’t think we are doing a good job as a society, deciding what things are really important to do.” On this point, my fence is nowhere in sight, I sit squarely on the side that says as a species, we need help. As a species we are not good long term planners, long in a planetary sense, sure we can save for a car or a gadget (for TESLA – one and the same) but most of us are happy in immediate gratification land and the money makers more than happy to keep us there. How will you make next quarter’s revenue if all of a sudden people’s attention shifted to thinking long term?

Both Musk and Stark where the kind of men who “seized an idea to live by, and something to dedicate themselves to.” Robert Downey on the similarities between Elon Musk and Tony Stark.

On the other side, and this is where my fence comes hoving over the horizon into view, and I feel the niggle of impending impaling.

The Global population will increase to 9 billion by 2050. Urban areas will account for 70% of the world’s population in 2050. We will need to raise overall global food production by 70% to feed 9 billion people. We already use 70% of the world’s fresh water for agriculture. Long before this, TESLA will pip Apple to the post as the first trillion dollar company, generating employment yes, but driving a wedge deeper and deeper between the rich and the poor.

If you’ve read or seen Musk then this will sound familiar, “take it back to the physics.”

So, okay. You don’t need to be a mathematician to notice just from these numbers, that before Musk takes just .01% of us (no telephone sanitisers) to Mars to ‘go where no man has gone before’, the rest of us are likely to have been in trouble for a while.

This is where I get really uncomfortable on this fence spike. It isn’t the job of one man to solve this for us. It is all of ours. Indeed, when one man, or one company do this, it removes the people they are trying to save from the decisions made in their saving.

“The last thing a country with 50 million people on food stamps… needs is anything to do with space.” Vacaville Smil

So before I get off my fence, I don’t know why I made my fence a picket one, it has made this post (get it?) more painful in my imagining than it needed to be.

It’s one thing to forge an interplanetary future, but what kind of future will we be making? And will that futures culture be influenced by the culture of the company that created it?

A culture where family is perceived as a disadvantage, in one account, Vance recalls Musk sourcing talent for SpaceX, “Musk called the teaching assistant… And asked if there were any hard working, bright Master’s or Doctoral candidates that didn’t have families.”

A culture where loved ones are a lesser priority? In another account a member of Musk’s engineering team who was working on the shuttle launch was said to have taken a day to attend the birth of his child, and Musk told him to consider his priorities and get back to work.

A culture where to achieve the goals of the many the individual is discarded? Vance details multiple accounts of Musk’s dispassionate, unforgiving nature.

Still, I feel strangely energised after reading ‘Elon Musk: Tesla, SpaceX, and the Quest for a Fantastic Future’, and motivated to think of ideas on a larger stage. So I got off my fence. I won’t be a card carrying Musk fanboy anytime soon, but you have to respect the achievement and be in awe of the tenacity it must have required to get there.

If Musk’s legacy is that the rest of us widened our horizons, then that may be a more lasting and impactful legacy than all his other achievements combined.

Fell off the #pastrygram #bandwagon in favour of this thing called exercise, what was I thinking?!?! #happytobeback #saturdayvibes #balance #fig #tart @pioikbakery 💋
#saturdayvibes #gettingready #norush #nicelight 🖤
#fishcurry on a #rainy #Thursday courtesy of @theinstagolfer x
#prawndumplings #dumplings #chefsgallery #joy #sunday
#sundayfunday #bowling🎳 #bigsmiles
He gets his #swagger from his #mumma :) #sundayfunday #subdayvibes #bowling 😘 #love
%d bloggers like this: